Artificial Intelligence and humans as work partners – Can it be done? 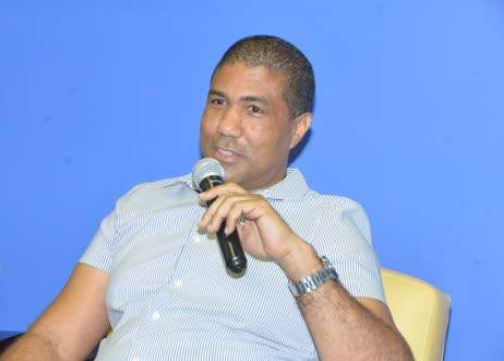 Artificial Intelligence and humans as work partners – Can it be done?

As Jamaican markets embark on digital transformation there is a host of concerns that humans will have to compete with smart technologies such as Artificial Intelligence (AI); but Sheldon Powe suggests that the two can coexist in the workplace.

AI centres on the creation of intelligent machines that work and react like humans in areas like thinking, understanding, reasoning, or perception.

Chief executive officer of Innovate 10X — an information technology consulting company — immediate past president of the Jamaica Computer Society, and former group chief information officer of Jamaica Money Market Brokers, Sheldon Powe told the Jamaica Observer in an interview that in most cases where artificial intelligence (AI) can be employed, it does not have to completely replace humans.

“Take, for example, the security industry, there’s some displacement happening now. You may find that using drones [a security company] could actually offer services to more residents. Before, you may have had to deploy human beings to cover areas which they may not do adequately,” Powe said.

“[A security company] could have five security personnel covering much wider footage, as opposed to what is happening now, and that is where the technology is working in tandem with a human being,” he continued.

In response to Technology Minister Fayval Williams, who reported that research indicated that by next year 30 percent of all day-to-day businesses will implement artificial intelligence as a part of their digital transformation strategy, Powe said while that projection is not practical, he indicated that it could happen in another few years.

“It’s going to take some time; if you look in a lot of business places right now, we’re still a manual society —there is a lot of paper,” he said

“Jamaicans, when they are making money, tend to be [reluctant] to change that formula.”

Powe added that the Government of Jamaica can look to countries like Estonia, a country in northern Europe that has built a digital society, for guidance, and adopt guidelines and policies that can be applied to Jamaica.

As for increasing Jamaica’s global competitiveness, Powe calls for a government-led AI campaign to educate and expose Jamaicans to AI as a part of digital transformation, that will provide new opportunities for innovation and growth.

“It is really about educating certain key people around the benefits of AI and having them help to spread a positive image of AI. It’s like, ‘here’s the things about AI that will make your job exciting’, and the [duties] that you don’t like doing at your job is things that you would probably want to replace with machine learning,” he stated.

He also indicated that school curriculums should be revised to embrace new technology to allow students to become more equipped and comfortable with technology within the working world.

In 2018 the World Economic Forum’s Global Competitiveness Report indicated that Jamaica’s economic growth is being severely constrained by low levels of information and communication technology adoptions, and low innovation capability.

Powe was one of the panelists at the ‘Scaling with AI’ fireside chat hosted by Branson Centre of Entrepreneurship Caribbean, in partnership with the US Embassy, recently.

“These jobs that are being somewhat displaced are being replaced with something else exciting. This is the future of jobs for Jamaica, this is where the opportunities are, and we [should] start telling people to position themselves for these exciting things,” he said.

The Branson Centre and the US Embassy signed a memorandum of understanding to collaborate on hosting three fireside chats that aim to bring business leaders, entrepreneurs, investors, and other specialists together to discuss topics affecting entrepreneurship in the region.